A tropical country has only two seasons; wet and dry or the summer and rainy days.  We don’t get to see a dramatic transition of these two seasons unlike in places where there are four.  Unless, these seasons bring forth more than what they should deliver.  Like when rains pour than normal, we experience flood and landslides which makes this gloomy season gloomier.  Or when the summer months scourge more than it should, we see drought and devastation of crops. Well, that’s a different kind of drama. Can you picture it? Maybe not at this time where I’m having a grand time enjoying this ‘season’.

From the tropical paradise of the Philippines – I wish all of you to enjoy this wonderful season.

This week’s photo challenge was as a ‘real challenge’ for me.  I never really thought I capture photos that has reflections until I realized I do when I browsed through all my photos.  You see, weekly photo challenges have become a great part of my week.  It increased my point of view about certain ideas, my vocabulary expands, my imagination gets wider sometimes wilder and most importantly I go down memory lane when I look for photos that matches the challenge.  It’s like an assignment in school without being subjected to grades but rewarded with likes.  I like it !

There is so much to be thankful for that I probably would come up with more than a hundred entry to this week’s photo challenge.  I do not want to sound so materialistic, but I must pay homage to one of the greatest technology ever invented, the camera. Without it, perhaps, I wouldn’t be blogging at all.

I am thankful to those who invented the camera and to all those who developed and improved it. It made traveling and blogging fantastic:-)

Related Articles that made me happy and grateful: 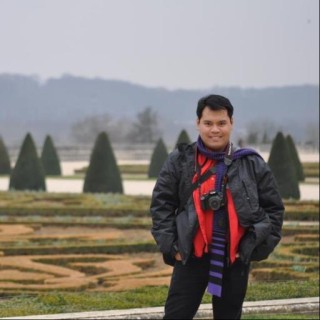